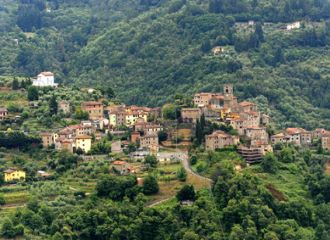 Pistoia is a small city located in the Italian region of Tuscany. It lies approximately 30 kilometers from the city of Florence. The city of Pistoia has a population of 90,072 inhabitants (9/2008) and is 236 square kilometers in size. While Pistoia is not as popular as other locations within the Tuscan region, it is a very well-preserved medieval city located inside old city walls. This makes it the perfect place to visit for those looking for some rest and relaxation.

The Piazza del Duomo is one of the main attractions in the city. It is lined with a number of original medieval-era buildings, including the Palazzo del Podesta and the Palazzo del Comune. Another amazing sight is the original fourteenth century walls that line around the city. The original gates, however, were demolished at some point during the early twentieth century.

The city of Pistoa is served by the Florence Airport (FLR), also known as the Peretola Airport or the Amerigo Vespucci Airport. It is a rather small airport with only a single runway. The airport is located approximately 25.74 kilometers from the city and one of the two airports that serve the entire Tuscany region. (The other is the Pisa Galileo Galilei Airport (PSA) 50.11 kilometers from Pistoa.) While it is small, it provides service to numerous airlines around Europe, including Alitalia, Air France, and Lufthansa Regional.