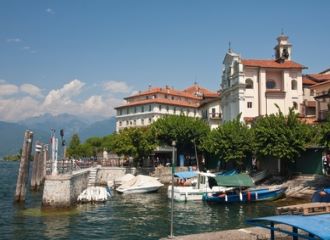 The town of Varese is located in the northwestern Italian region of Lombardy and is situated 55 kilometers north of the city of Milan. It has a population of 81,922 inhabitants (1/2009) and is 54 square kilometers in size.

This town is most noted for the Sacro Monte di Varese, called the sacred mountain of Varese. It is a popular place of worship and pilgrimage. The Sacro Monte di Varese is one of the important nine sacri monti throughout the Lombardy and Piedmont regions in Italy. In 2003, it was included in the list of UNESCO World Heritage Sites.

Varese is home to two music festivals during the year. There is the Open Jazz Verese Festival as well as the Ghost Day Festival.

The airport closest to the town of Varese is the Milano Malpensa Airport (MXP). It is the largest airport in Milan and approximately 23.24 kilometers from the center of the town. Because it is a popular airport, it hosts over 20 different airlines that fly in from Europe, Africa, Asia, and the United States, including Alitalia, Lufthansa, British Airways, American Airlines, Easy Jet, El Al, Iberia, KLM, and Continental Airlines.