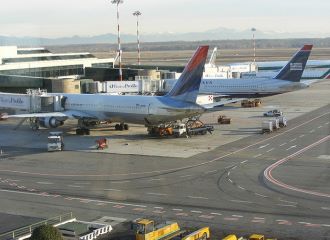 The Milano Malpensa Airpot (MXP) is the largest airport in Milan and approximately 40 kilometers from the center of the city. It is one of the three airports that services within the Milan metropolitan area. In 2010, the airport handled 18,947,808 passengers, making it the twenty-first busiest airport throughout the European continent.

There are two terminals in the Milano Malpensa Airport. Terminal One has three sections – 1A handles intra-Schengen and domestic flights; 1B handles non-Schengen and intercontinental flights; and 1C is currently undergoing construction. Terminal 2 right now is only being used by EasyJet.

Some of the most popular locations that fly into the Milano Malpensa Airport include Paris, France; London, England; Madrid and Barcelona, Spain; Munich, Germany; and Amsterdam, the Netherlands.

There are a number of business facilities at the Milano Malpensa Airport, including a business center with work stations, conference rooms, personal computers, translation services, internet access, and mobile phone rentals.