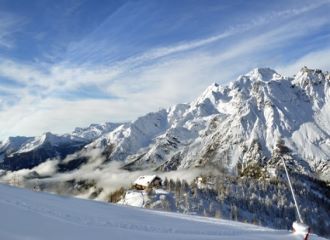 Trento is a northern Italian city located in the region of Trentino-Alto Adige/Südtirol. The city boasts a population of 115, 243 inhabitants (11/2009) and is 157.9 square kilometers in size. The city is a major political, educational, financial, and scientific center for the region as well as within northern Italy. The city is also known for its medieval and Renaissance-style historic city center that houses magnificent architectural wonders, including the Trento Cathedral and the Castello del Buonconsiglio.

Today visitors can still view some of the medieval city walls, especially from the Piazza Fiera. Other main sights within the city include the Piazza Duomo, the Church of Santa Maria Maggiore, and the Palazzo Salvadori. There is also the Meuseo dell’Aeronautica Gianni Caproni and the Museo Tridentino di Scienze Naturali.

One of the closest airports to Trento is the Verona Airport (VRN), which is also known as the Valerio Catullo Villafranca Airport. It is located approximately 76.89 kilometers from Trento. This airport hosts a number of airlines from all around Europe, including Air Berlin, Air France, Alitalia, British Airways, Easy Jet, Israir Airlines, Lufthansa Regional, Ryanair, and Windjet.