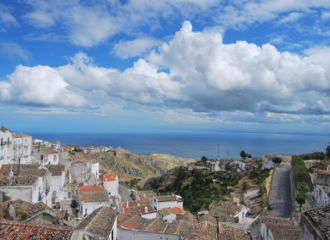 Taranto is a magnificent coastal city located in the southern Italian region of Apulia. Aside from being one of the main commercial ports in the country, it is also where the main Italian military naval base is stationed. Population-wise, Taranto is the third largest continental city throughout southern Italy with a population of 191,810 inhabitants (12/2010). The size of the city is 209.64 square kilometers.

Taranto is home to a number of historical locations. The Aragonese Castle is a beautiful structure built during the fifteenth century along the coast to protect the inhabitants from frequent raids by the Turks. In the old town there is the Piazza Fontana, which houses the Church of San Domenico and the Madonna della Salute Sanctuary. There are also a number of temple ruins from the Greek era throughout Taranto.While in Taranto; many take a walk along the Promenade in the city that was named after Victor Emmanuel III, a former Italian king. It provides a beautiful view of the Mar Grande.

The primary airport that services Taranto is the Brindisi Airport (BDS), also known as Papola Casale Airport. This airport is located 63.86 kilometers from the center of Taranto. It services a number of airports, including Air Berlin, EasyJet, Helvetic Airways, and Ryanair.