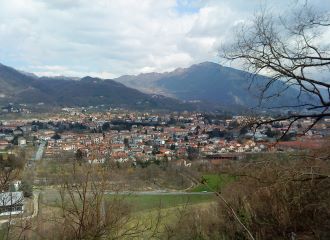 Schio is a small town located in the northern Italian region of Veneto. It has a population of 38,638 inhabitants (12/2004) and is 67 square kilometers in size.

One of the main sights to see in Schio is the Weaver’s Monument. It was built in 1879 and dedicated to the workers of Alessandro Rossi. The inhabitants call it L’Orno. The status represents a man who is holding a loom, an emblem of the weaver as well as the entire textile industry.

One of the closest airports to Schio is the Verona Airport (VRN), which is also known as the Valerio Catullo Villafranca Airport. It is located approximately 50.72 kilometers from Schio. This airport hosts a number of airlines from all around Europe, including Air Berlin, Air France, Alitalia, British Airways, Easy Jet, Israir Airlines, Lufthansa Regional, Ryanair, and Windjet.