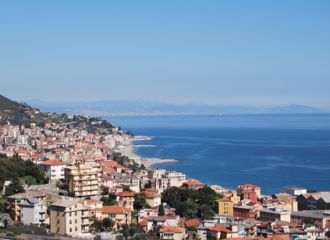 Savona is a large seaport city along the Mediterranean located in Liguria, a region located in northern Italy. It has a population of 62,104 inhabitants (7/2008) and is 65.55 square kilometers in size. Christopher Columbus was a former inhabitant of Savona.

Located close to the Rocca di San Giorgio, along the “Promotorio del Priamar,” is the Priamar fortress, which was built in 1542 by the Genoese after they took over the area.

By the cathedral in Savona is the Cappella Sistina, built between 1480 and 1483. It contains a mausoleum that was erected by Pope Sixtus IV in honor of his parents. It was reconstructed in 1765-1767 after years of deterioration.

The closest airport to Savona is the Genova Cristoforo Colombo Airport (GOA), which is approximately 31.92 kilometers from the city center. It offers its services to a number of airlines, including Air France, Alitalia, British Airways, Ryanair, Turkish Airlines, Lufthansa, and Iberia.