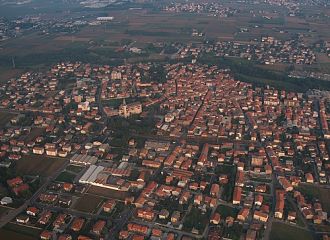 The city of Saronno is located in the northern Italian region of Lombardy. The city has 38,598 inhabitants (4/2009) and is 10.84 square kilometers in size. Saronno is well known for its amaretti, which are apricot kernel biscuits.

Saronno is serviced by the Linate Airport (LIN) and is one of the three major airports located in Milan along with the Milano Malpensa Airport (MXP) and the Orio al Serio Airport (BGY). The Linate Airport is 27.72 kilometers from the center of Saronno and is mainly used for domestic and short international flights. Some of the airlines servicing this airport include Aer Lingus, Alitalia, British Airways, Iberia, KLM, Lufthansa, EasyJet.