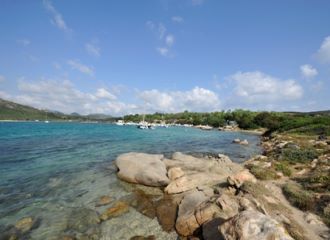 Rende is a small town located in the southern Italian region of Calabria. It is home to the renowned University of Calabria. It has a population of 35,221 (2004), but when the university is in session, the town can see a population increase of almost 60,000 people. The town itself is 54 square kilometers in size. There are two main parts of Rende, the more modern section, which lies on ground level, and the old town, which stands upon a hill.

There are numerous churches in the town of Rende. This includes the Church of Saint Mary Major, Sanctuary of the Blessed Virgin Mary of Constantinople, the Church of the Rosary, and the Church of St. Francis of Assisi.

There is also the Museum of the Present, which features eight exhibition centers that house contemporary and modern art, cinema, photographs, book presentations, and conferences.

Rende is home to the largest shopping mall in southern Italy, known as Metropolis. Rende is also known for housing Robinson Park, the most popular recreational mark throughout all of Cosenza.

The airport closest to Rende is the Lamezia Terme Airport (SUF) which is approximately 47.7 kilometers from the city. It is the most important airport in the Calabria region. It provides services to more than 39 different destinations around the globe. Numerous airlines service this airport, including Alitalia, EasyJet, Ryanair, Helvetic Airlines, and Swiss Airlines.