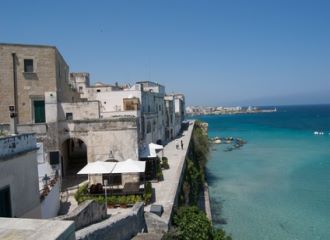 The city of Lecce is a historic city located in the southern Italian region of Puglia. It is one of the most important cities in the entire region and the main city of the Salentine Peninsula. It has a population of 95,764 inhabitants (1/2011) and is 398 square kilometers in size. Because of all the Baroque architecture throughout the city, Lecce is often called “The Florence of the South.” Lecce is also an important agricultural center, known for its production of wine and olive oil.

One of the most amazing attractions in Lecce is the Roman Amphitheater that was built in the second century and is located close to the Sant’Oronzo Square. The Torre del Parco is one of Lecce’s medieval symbols. It was built in 1419 and stands at 23 meters tall. There is also an obelisk in the city that was built in 1822 in the honor of Ferdinand I of the Two Sicilies. The most important church in Lecce is the Church of the Holy Cross, which has a beautiful façade with vegetables, grotesque figures, and animals.

The primary airport that services Lecce is the Brindisi Airport (BDS), also known as Papola Casale Airport. This airport is located 38.46 kilometers from the city. It services a number of airports, including Air Berlin, EasyJet, Helvetic Airways, and Ryanair.