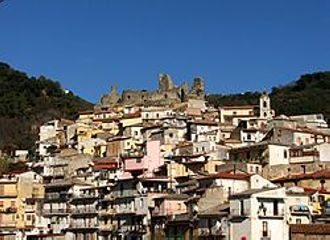 Lamezia Terme, more commonly just known as Lamezia, is an Italian city located in the southern region of Calabria. It has 71,287 inhabitants (4/2011) and is 160.24 square kilometers in size. The city is rather new, having just been created in 1968. It includes three former municipalities – Sant’Eufemia Lamezia, Sambiase, and Nicastro.

One of the most intriguing sites in Lamezia Terme is the Bastion of the Knights of Malta. This very well-preserved watchtower was built in the middle of the sixteenth century. Around it are some remnants of other watchtowers. Another interesting thing to see is the ruins of the Cistercian abbey of Sainta Maria di Corazzo. It was erected in 1060.

There are numerous seaside villages not far from Lamezia Terme, including Pizzo Calabro, Monasterace Marina, and Tropea. These are perfect locations to enjoy the white sandy beaches, beautiful blue waters, and a variety of ancient archaeological locations.

The airport closest to Lamezia Terme is the Lamezia Terme Airport (SUF) which is approximately three kilometers from the city. It is the most important airport in the Calabria region. It provides services to more than 39 different destinations around the globe. Numerous airlines service this airport, including Alitalia, EasyJet, Ryanair, Helvetic Airlines, and Swiss Airlines.