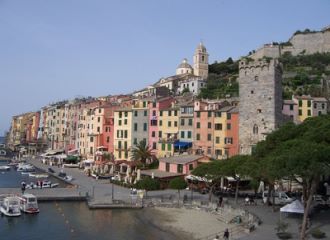 Attractions include the Auditorium San Francesco, a church that was erected between the ears 1229 and 1234, and the Santuario di Nostra Signora dell’Orto, a cathedral built in 1633 and the main location of worship in the city. Another place of interest is a Medieval castle that was erected in 1146 – the Castello di Chiavari.

The closest airport to Chiavari is the Genoa Cristoforo Colombo Airport (GOA), which is approximately 39 kilometers outside of Chiavari, in the city of Genoa. It offers its services to a number of airlines, including Air France, Alitalia, British Airways, Ryanair, Turkish Airlines, Lufthansa, and Iberia.