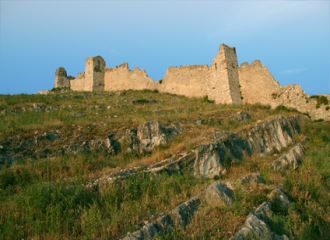 Avellino is a beautiful town located in the Campania region in southern Italy. This town houses 56,744 inhabitants (4/2009) and is 30.4 square kilometers in size. Avellino is located just 42 kilometers outside of Naples and is known as an important location on the road between Benevento and Salerno. Those who watched “The Sopranos,” an HBO television series, have heard of this city as the main character, Tony Soprano, has his family roots in this town.

Just four kilometers east of Avellino are the ancient ruins of the ancient Abellinum. There is also a beautiful Cathedral that features a Romanesque crypt. The cathedral itself was built in honor of the Assumption at some point during the twelfth century. There are also some remnants of the Lombard Castle at the Piazza Castello.

Avellino is known for its Christmas markets during December. Here visitors can come and peruse all the stalls selling locally made products, crafts and food. The market attracts participants from all over, including Tuscany and Piedmont.

The closest airport to Avellino is Capdichino, also known as the Aeroporto di Napoli (NAP). It is an international airport that is situated around 56 kilometers outside of Salerno and services airlines from all throughout Italy and Europe, including Alitalia, EasyJet, Lufthansa, and Iberia.