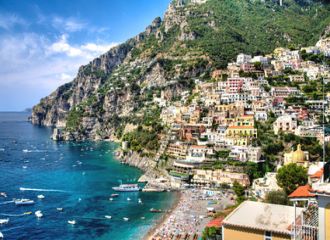 Naples, also known as Naples, is the capital city of the Italian southern region of Campania. It sits along the west coast next to the Gulf of Naples. The city is recognized internationally for its rich history, culture, art, music, and architecture. The city is also noted for creating the original pizza.

There is much to see and do in Naples in terms of piazzas, castles, palaces, museums, churches, and parks and gardens. The primary city square in Naples is the Piazza del Plebiscito. The Teatro di San Carlo, which is nearby, is the largest as well as oldest opera house in all of Italy. Historic castles in the city include the Castel Nuovo and the Castel dell’Ovo. Museums in Naples include the Naples National Archaeological Museum and the Museo di Capodimonte, which features paintings from the thirteenth century to the eighteenth century.

The closest airport to the city of Naples is the Naples Airport (NAP), also known as the Capodichino Airport. The airport is 6.79 kilometers from the center of Naples. Airlines that are serviced here include Air Berlin, Air France, Alitalia, British Airways, EasyJet, Air One, Lufthansa Regional, Turkish Airlines and Wizz Air.