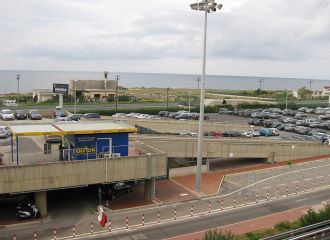 The Sicily Palermo Airport (PMO), also known as the Punta Raisi Airport or the Falcone-Borsellino Airport, is located at Punta Raisi, which is approximately 35 kilometers northwest of the city of Palermo, the capital of the Italian island of Sicily. It is one of the busiest airports in all of Italy, providing services for 4,367,342 passengers in 2010. The airport was named after two of the most well-known anti-mafia judges in Italy – Giovanni Falcone and Paolo Borsellino, where were murdered in 1992 by the mafia.

There are two VIP lounges in the airport. The primary airport is the Gesap VIP Lounge and offers newspapers, satellite television, and other information. The other VIP lounge is the Verga Alitalia Lounge and is only open between 5:30 AM until 9:30 PM.

Aside from VIP lounges, there are a number of shops, cafes, restaurants, and bars. There are banking facilities, postal services, currency exchange, and car rental kiosks located throughout the airport as well.