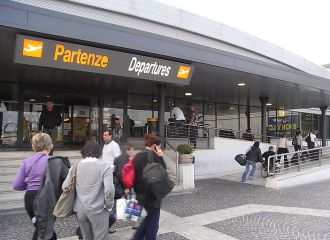 The Rome Ciampino Airport (CIA) is a joint military, commercial, and civilian airport situated 12 kilometers southeast of the center of Rome. The airport was established in 1916 and is one of the oldest airports in Italy that is still functioning today. It was the main airport in Rome until 1960, when increased traffic forced the city to open up a second airport. However, even though it handles a number of domestic, charter, and executive flights, it is still one of the fastest growing and busiest airports in all of Italy. Passenger traffic in 2010 was 4,757,822 people.

There are a number of facilities in this airport, including banking, ATMs, and currency exchange centers. There is a VIP lounge also located in the airport that offers facilities for conferences and meetings. Other amenities found at the airport include post office, first-aid station, pharmacy, and a number of stores and restaurants.