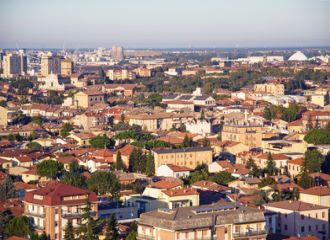 Ravenna is located in the Italian region of Emilia-Romagna. It has a population of 159,497 inhabitants and is 652.89 square kilometers in size. In regards to land area, Ravenna is the second largest township in Italy after Rome. It was known as the capital of the Western Roman Empire from 402 until 476, when the empire collapsed.

Ravenna is served by the Forli Airport (FRL), which is also known as the Luigi Rifolfi Airport, named after a noted Italian aviator. The airport is located 26.87 kilometers from the city. It is a small airport that contains a single runway. Wizz Air is the largest operator at this airport. It used to service Ryanair and Wind Jet, but these two airline operators moved to other airports in the region.