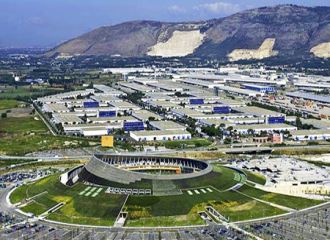 The city of Nola is located in the Italian southern province of Naples. It sits on the plains between the Apennines and Mount Vesuvius. There are 32,863 inhabitants in the city (4/2009) and the city is 39 square kilometers in size.

There are numerous ruins throughout Nola, including an amphitheater, a temple of Augustus, and a theater. There is an ancient Gothic cathedral, and the Castle of Cicalia as well.

The city is known for a number of festivals. June 22 is La Festa Dei Gigli, or the Festival of the Lilies and is held in honor of St Paulinus. It lasts for seven days and the city if full of folklore and history.

The closest airport to Nola is the Naples Airport (NAP), also known as the Capodichino Airport. The airport is 20.74 kilometers away from the center of Nola. Airlines that are serviced here include Air Berlin, Air France, Alitalia, British Airways, EasyJet, Air One, Lufthansa Regional, Turkish Airlines and Wizz Air.