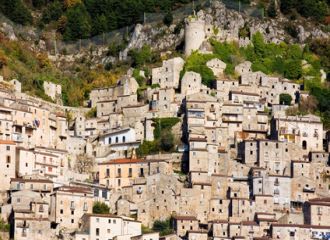 Although some sights have been repeatedly destructed over the last few years, there are a number of historical locations in Isernia that contain much in the way of archaeological interest. One thing Isernia is known for is an archaeological excavation that is currently going on within the borders of the town at Isernia La Pineta. There are a number of tools and bones uncovered here that span for 24,000 square yards. Another place is Castelromano, a rural village just outside of Isernia. There are three masonry walls and other structures that date back to the third century and fourth  century.

The closest airport to the town of Isernia is the Naples Airport (NAP), also known as the Capodichino Airport. The airport is located less than 80 kilometers from the center of the town. Airlines that are serviced here include Air Berlin, Air France, Alitalia, British Airways, EasyJet, Air One, Lufthansa Regional, Turkish Airlines and Wizz Air.