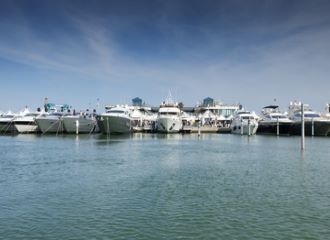 Fano is a town located in the province of Pesaro and Urbino in Italy’s Marche region. It is a beach resort town where visitors mainly come in to enjoy the beautiful beaches, blue water, and warm climate. Fano has approximately 64,100 inhabitants (2010) and is 121 square kilometers in length.

Aside from the beach, there are some things to see in Fano. The Arco d’Augusto is a Roman-era gate and parts of it still remain today. The Palazzo del Podesta is a palace built in 1229 in Gothic-Romanesque style. It houses a museum that has on display a number of archaeological findings, including medals and coins. There is even an art gallery here as well.

Fano has two festivals that they hold annually. There is the Fano Jazz by the Sea Festival that lasts for one week and the Fano dei Cesari in July for a week. The Fano dei Cesari festival offers a number of cultural events, including chariot races and Roman costumes.

The closest airport to the town of Fano is the Federico Fellini Airport (RMI), right outside of Rimini, Italy. It is 39 kilometers from Fano and is also known as the Rimini-Miramare Airport. Airline companies that fly in and out of this airport include Ryanair, Wind Jet, Darwin Airline, and Air Vallee.