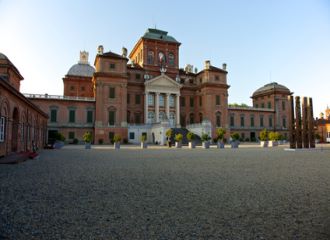 Cuneo is a beautiful city in the Piedmont region in northern Italy. It is based along the foot of the magnificent Maritime Alps. The population consists of 55,308 inhabitants (4/2009) and is 119 square kilometers in size. One of the things Cuneo is known for is their food. One of their specialties is Cuneesi al rhum, chocolates that have a rum-based filing. They can be found anywhere in the city and many people stop here just to get a bite of them.

One of the main attractions is the Villa Oldofredi Tadini. It was originally built as a watchtower during the fourteenth and fifteenth centuries but is not a museum that houses collections from the owner’s of the watchtower. There is the Civic Museum and the Railway Museum as well. Many visitors also go to the Villa Tornaforte, which is surrounded by a beautiful park. Because of Cuneo’s close proximity to the Alps, it is a great winter destination for skiing and other winter sports.

The main airport serving Cuneo is the Turin-Cuneo Levaldigi Airport (CUF) and serves the entire Piedmont region along with Turin Caselle Airport (TRN). The airport is approximately 17 kilometers from the center of Cuneo, has one runway, and services a handful of airline companies, including Ryanair, Wizz Air, and Air Arabia.