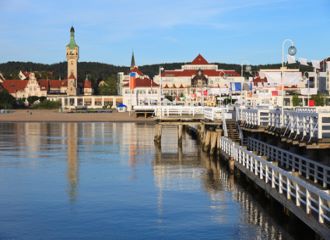 The town of Casino is located along the southern end of the Lazio region in Italy. It has a population of 33,153 inhabitants (1/2011) and covers 82.77 square kilometers of land. The town sits at the base of the Monte Cairo and is best known as the location of the Battle of Monte Cassino during World War II and the Abbey of Monte Cassino, one of the few territorial abbeys in the Catholic Church still remaining today.

The Abbey of Monte Cassino, the most important site in Casino is located in Monte Cassino as was first established in 529. Senior clergy as well as Popes are known for visiting the area. Other important attractions in Cassino include the Varronian Baths, a beautiful natural park, and the Rocca Janula, a castle that overlooks the town and was a historical stronghold for the Abbey.

The closest airport to the city of Cassino is the Naples Airport (NAP), also known as the Capodichino Airport. This airport is about 77 kilometers away from Cassino. However, there is public transportation to Cassino from the airport. Airlines that are serviced here include Air Berlin, Air France, Alitalia, British Airways, EasyJet, Air One, Lufthansa Regional, Turkish Airlines and Wizz Air.