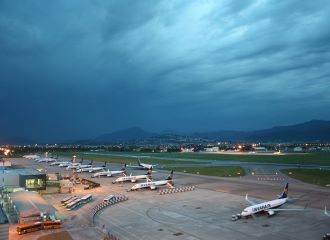 Some of the airlines the Bergamo Airport offers its services to include Air Arabia Maroc, Alitalia, Belle Air, Carpatair, Ryanair, Wizz Air, and Iceland Express. It also provides cargo services for DHL, UPA, and MiniLiner.

The Bergamo Airport has a very lovely VIP area where travelers can access a lounge, internet, television, food, and other amenities. Travelers can purchase the VIP card, which is good for a year.