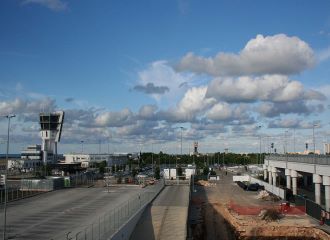 Between 2005 and 2006, the airport upgraded itself by building on a new passenger terminal that is equipped with a brand new control tower, four loading bridges, and a multi-story car park.

The airport was originally known as a military airfield that was utilized throughout World War II. The airport opened up to civil flights around Italy in the 1960s, and by the 1980s, traffic in and out of the airport started to increase.

The Bari Palese Airport services a number of airlines throughout Europe, including Air Berlin, Alitalia, British Airways, EasyJet, Lufthansa Regiona, Luxair, Ryanair, and Wizz Air. The Bari airport has a number of features. While there are no hotels within close proximity to the airport, there are a number of stores and restaurants. Inside the airport there are lounges, meeting rooms, banking facilities, and ATMs.