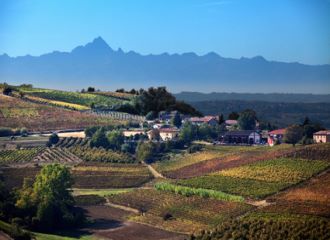 Asti is a city in the Piedmont region located in the northwestern section of Italy. The population is 75,793 inhabitants (4/2009) and 151.82 square kilometers in size. Asti is known for being one of the primary wine areas in all of Italy. The most famous wine associated with the city is the sparkling Asti, a sweet white wine made from the white muscat grape. A premium version of this wine is known as Moscato d’Asti.

There are a number of medieval churches throughout Asti that are open to visitors, including Collegiata di San Secondo and the Cathedrale di Santa Maria Assunta. Many visitors enjoy walking around Asti’s Medieval City with paved streets, towers, palaces, ancient buildings, and old walls.

There are three airports that are between 60 and 90 minutes away from Asti – The Turin-Caselle Airport (TRN), The Genoa Cristoforo Colombo Airport (GOA), and the Milano Malpensa Airport (MXP).